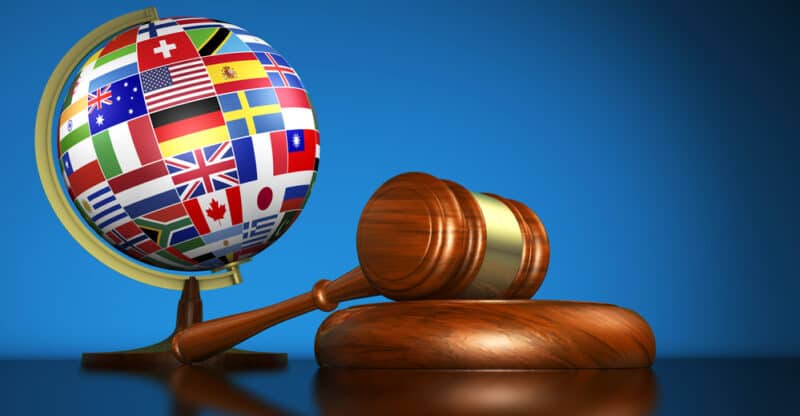 Considerations include the rule of law, timeframes for legal resolutions, the efficiency of judicial interpretations, judicial officer availability, etc.

Accountability of state actors under the laws of a country is just one of the criteria required for a country’s rankings in the World Justice Project’s lists of the best legal systems. After that, just laws known by everyone and protecting citizens’ core rights play a significant role in fair governments that represent the majority of their populations.

Furthermore, the best legal systems have the right tools to ensure everyone has access to justice that allow for impartial resolutions and that dispute resolutions take the least possible time.

Countries with the Best Legal Systems

According to their annual performance, the global legal system ratings don’t stay the same, and countries experience improvements and declined ratings. However, some countries performed consistently, maintaining their positions among the top ten, and these were the best in 2021:

Denmark is a Scandinavian country due to its position on the Jutland Peninsula. It may have a sparse population of 6 million, but its legal system is considered the best globally. There are strict regulatory enforcement and the rule of law, both respected by the government. Thanks to its effective judicial system, the country has reduced crime, making it a very safe country for its residents, and conflicts are easy to resolve.

Denmark has about 24 county general courts. There are also specialized courts for maritime and commercial disputes with specially trained and qualified judges in these areas of the law. Judges and judicial officers can face disciplinary actions if they err, and these hearings fall under a special court of indictment and revision. If foul play is suspected, the country’s intricate rules allow criminal cases to re-open.

With a solid judicial system that keeps the country’s ruling powers in check, Norway has meager crime rates and no civil unrest. Moreover, resolving disputes remains effective with a complete absence of violence thanks to effective regulatory enforcement.

Bordering Sweden, Norway, and Russia, Finland is another Scandinavian country with a robust implementation of its laws and policies. They have managed to eradicate the abuse of government powers, and its 6 million inhabitants reside in one of the few safest nations on earth.

Finland has several district courts, six courts of appeal, and a supreme court that make up its efficient legal system.

The fourth of the Scandinavian countries on the list and in third place, Sweden’s population of 11 million has access to administrative and special courts.

Besides being one of the safest countries to live in, the World Justice Project rates the country highly for its advanced and effective judicial system. Sweden has also eradicated most corruption.

Situated in northwestern Europe, the Netherlands has a population of 18 million and a highly developed legal framework.

As a result, disputes that reach the courts have fast settlement times and a low cost.

The 84 million residents of Germany enjoy a legal system with comprehensive statutes based on civil law.

As a result, this fast-growing northern European country is known for its regulatory enforcement and robust justice system.

Located in Oceania, New Zealand is the first of only two countries on the list that is not in Europe. The four-level court system in the country includes the District Courts, the High Courts, the Court of Appeal, and the Supreme Court.

Cases start at the lower level, and appeals move upward. Their advanced judicial system garners high regard because of the efficient implementation of its legal mechanisms.

The 9 million residents of Austria enjoy fast and fair legal decisions thanks to their advanced and up-to-date legal system. As a result, citizens enjoy a problem-free system, and despite fast-tracking cases, they rarely feel compromised by the final decisions of the legal system.

Considered the most advanced country in North America as far as the Rule of Law by the World Justice Project, Canada has earned its position among the top ten legal systems.

The 39 million people living in Canada benefit from fast and accessible policies and speedy dispute resolution times. In addition, the country embraces technology to help keep its legal system quick and accessible.

With a population of just under 1 million, Estonia is a North European country with a government determined to prevent the abuse of power.

Their focus on alternative dispute mechanisms like arbitration, mediation, and negotiation gives this country a ranking among the top ten countries.

The top 10 countries with the best legal systems globally are ranked based on their ability to meet the specific criteria that make a judicial system effective. While there are many factors to consider when rating a country’s legal system, these ten offer a snapshot of how well different nations perform.