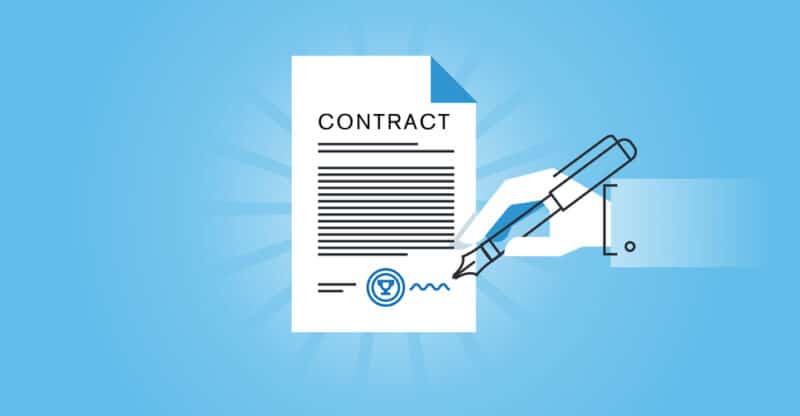 Legal contracts and disputes often come with a language of their own that can be hard to understand for someone unfamiliar with legal terminology. “Legalese” can be helpful as shorthand when lawyers communicate with each other, but some terms are incomprehensible to the layman.

Here is everything that you need to know about material law and how it can benefit you.

Material law is a type of law practice that has to do with contracts. For example, before signing a complex legal contract, a person may hire a lawyer to help them make sense of the agreement and advocate for them in this situation. A lawyer representing a person to assist them in signing a contract they may not have agreed to without legal representation is said to be practicing material law.

Material law also has another connotation when it comes to contracts. For example, suppose one party who agreed can reasonably claim that the promised benefits were never delivered or not delivered promptly. In that case, that is a material breach of contract.

In some legal contexts, “material law” refers to any law that governs materials. These are partially defined by statute as “dredge material, solid waste, incinerator residue,” and so on. In this case, material law refers to the statutes and laws that govern the storage and disposal of materials that are usually hazardous.

Material law is very important for the continued health of our planet and the people who live on it. These laws aim to regulate the usage of dangerous materials to prevent pollution that damages the environment and causes material damage and health problems for people nearby. Companies found to violate material law may be charged with hefty fines.

Other Uses of “Material” in a Legal Context

The word “material” is important in most legal contexts, although its meaning is slightly different from what you may encounter in your everyday life.

Sometimes, the material is used interchangeably with evidence. In that case, material law can refer to any object, fact, or statement that can serve as evidence in a court of law. In other situations, material evidence is a phrase used to separate relevant evidence from information that is only tangentially related to a case and that the jury can disregard.

In other cases, the phrase “material” can refer to the importance of discussing a matter. For example, a material fact is relevant to the rest of the trial that must be decided on before the court can proceed.

As mentioned above, “material” is also used to determine the importance of a violation or a breach of contract. Often, a plaintiff may need to prove that the defendant caused material damage or harm that had a tangible effect on their finances and property for a case to continue.

In the legal world, the word “material” can have many different meanings. It can refer to the relative importance of a fact, piece of evidence, or damage that a plaintiff is claiming. Material law can refer to establishing what is a material fact before proceeding with a legal procedure. In environmental law, material law relates to the rules around the disposal of hazardous materials and its effect on surrounding populations.

Most commonly, material law refers to contract law. In that context, a lawyer specializing in material law can represent clients when they enter into a contract or pursue damages for a material breach of contract.