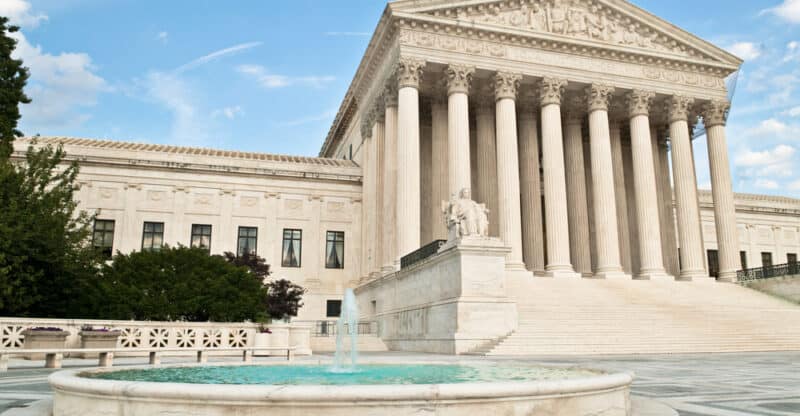 Some of the most significant cases were decided by majorities of six or seven justices, dissolving the court’s sharp 5-4 division between conservatives and liberals, which Roberts and his colleagues feared would reduce them to ordinary politicians in black robes.

President Donald Trump lost his claim that his financial information must be kept secret. For those of you who remember, before and during his term as President of the United States, Donald Trump did not want his tax returns available to the public. He took it as far as the Supreme Court to protect this information, where he hoped that the conservative justices would agree with him.

However, he was in for a huge surprise when Chief Justice John Roberts rejected his claim. This showed that the court would not bow down to Trump, but it wouldn’t turn his back on him either, as the final vote was 7 to 2. Chief Justice Roberts avoided the expected split because he laid out arguments that allowed President Trump to keep battling the numerous subpoenas he was being served with. He also delivered several opinions about fundamental checks on a President’s power.

In June 2020, the Supreme Court ruled on a prominent civil rights case that protected lesbian, gay, and transgender people from being discriminated against in their employment. The court voted 6 to 3 that a part of the 1964 Civil Rights Act prevents employers from discriminating against individuals based on sex. Other reasons also included any bias against LGBT employees.

It was a surprising ruling because this court is considered a conservative one. This ruling was significant for all LGBT workers because most states don’t have laws protecting them from any discrimination in the workplace.

Another startling ruling issued by the Supreme Court in recent years was when they unanimously agreed to uphold the law that punishes or removes any delegates of the Electoral College who refuse to pledge their vote for the presidential candidate they are required to support.

Many faithless electors argued that they have complete discretion when it comes to casting their votes. They claimed that the US Constitution gave them the right to decide who to support. The Justices all agreed that the electors have no grounds for trying to reverse the statewide popular vote. The vote came as a relief to many elected officials and law professors.

Chief Justice John Roberts joined the Supreme Court’s liberal justices in blocking a contentious Louisiana abortion bill that critics claimed would have shuttered practically every facility in the state. The majority opinion was written by Justice Breyer and summed it up by saying that the statute was unconstitutional.

The 5-4 decision is a victory for abortion rights activists who said that the regulation was not medically necessary and amounted to a covert attempt to limit abortion. The law prohibited physicians from conducting the operation unless the patient was admitted to a neighboring hospital.

Blocked the End of DACA

In June 2020, the Supreme Court ruled to keep the Deferred Action for Childhood Arrivals enacted during President Obama’s time as president. The program protects thousands of people brought to the US as undocumented immigrants as children by their parents.

The court ruled 5 to 4 to keep the program. In their ruling, the justices claim there was no adequate reason presented to end the program. With this ruling, the program can continue renewing memberships that allow these undocumented members to work in the US without fear of being deported legally.