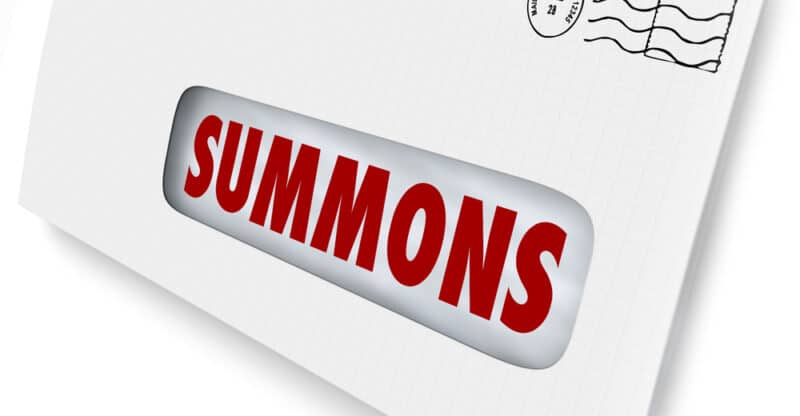 Jury duty is an integral part of the justice system and has been since the first juries in Ancient Greece and Rome. However, the process by which juries work has changed drastically over the millennia to take the shape they do today in the EU, UK, and of course, the US.

But how does jury duty work in America? How long can you expect it to last? What do you need to do if you are sent a jury summons?

Nobody likes being sent a summons for jury duty, but they are essential to our justice system. Western justice systems are primarily built on Greek, Roman, and Byzantine legal systems, which were codified under Justinian and served as the basis for much of Europe and Hong Kong. A vital part of that is voir dire, an Anglo-Norman phrase which in modern French is a combination of the verbs “to see” and “to say,” though this etymology is disputed. This, in turn, is taken from the Latin verum dicere, which means “to tell the truth,” which is at the core of our jury-based legal system.

Other legal systems, such as those in Russia, center everything around a judge who decides everything in the case. However, in the legal procedures that grew out of Greco-Roman models, a jury of one’s peers is essential for making the legal process as fair as possible. The theory goes that while a single person may be biased or too distant from a plaintiff or defendant to understand their case, a jury of one’s peers is fairer because it’s made up of citizens like you. As a result, people from all walks of life serve on juries. Despite past problems with bias, such as Southern juries during Jim Crow, this is supposed to make juries less biased based on race, sex, religion, and so on – which is why we all receive a jury summons. This is also meant to spread out the duty of jury service throughout the population, and indeed, a 2012 survey found that 27% of respondents had served on a jury at some point.

Eligibility for a Jury Summons

Everyone 18 years or older and is a citizen of the United States (with some stipulations) is technically eligible for jury duty unless otherwise specified. Potential jurors who are registered as taxpayers are likewise registered onto rolls for jury selection pools. Selection is random and irrespective of race, religion, gender, and so on. The Jury Selection and Selection Act outlines how this is done and the qualifications jurors must meet.

In addition to being 18 and a citizen, to be considered for jury service, you must:

However, as anyone who has received a jury summons will tell you, there are still plenty of reasons given for why someone cannot attend jury duty. These have varying degrees of validity and may or may not work, and include:

If you do not fall into one of these categories, you are legally obligated to serve. However, this does not cover all cases where you may be unable to serve, in which case you will have to try and attempt to explain your situation to the district. For example, if you are an American expatriate living abroad, you obviously cannot make it to jury duty. However, you still have to answer your summons by explaining this and showing proof of your official expatriate status (for example, a foreign address, proof of study or work abroad, and so on). In addition, under the Jury Act, if jury duty would pose “undue hardship or extreme inconvenience” due to poverty or another issue, you can apply to have your jury duty deferred.

From Summons to Selection to Service

Just because you are selected for jury duty does not mean you’ll serve on the jury. It just means that you have been chosen for jury selection. Part of having a jury of one’s peers ensures that the jury is as unbiased as possible.

For this reason, attorneys for both sides of the case take turns asking jurors questions as part of a screening process to determine if they are prejudiced or otherwise unconsciously biased toward one side or another. After they have asked a few questions, the attorneys for the two sides will take turns asking the judge to dismiss certain potential jurors based on those questions. They continue doing this until they are (in theory) left with the jurors for the case.

If you are selected to serve on a jury, you will be paid $50 a day for your service unless you are a federal employee, in which case you are paid your regular salary as if you were going to work. Jurors may also be reimbursed to a reasonable extent for travel costs. Your employer does not have to pay you while serving on jury duty but is prohibited by law from firing you or intimidating or otherwise keeping you from serving on a jury.

In some cases, alternate jurors are selected as well. These jurors will take over for a juror if they become seriously ill. They hear the case the same as every other juror but do not participate in the deliberations unless they replace a juror.

How Long Does It Take?

Unfortunately, there is no single answer to how long jury duty might take, as it depends on the case.

In the United Kingdom, jury duty lasts ten days on average, but it’s just that – an average.

In the United States, cases can take much longer than that.

The Sixth Amendment promises defendants “the right to a speedy and public trial, by an impartial jury,” but just how “speedy” that trial can vary widely from case to case. What’s more, most cases don’t go to trial. The New York Times reported in 2012 that as many as 94% of state cases and 97% of federal cases end in a plea bargain rather than a decision by the jury.

For the prosecution, not going to trial means not spending time and the state’s resources that may be better used elsewhere on more critical cases. For the defense, a plea deal may help them avoid more serious charges. However, in some cases, people also pursue plea deals because of the economic difficulties of the defendants themselves and public defenders.

Some guidelines can help determine the timeline of the jury service process and how long it might last. For example, the law mandates that defendants in misdemeanor and felony cases must be brought to trial within 30 and 60 days, respectively, from the time of their arrest. However, if the defendant is not in custody for part of that time, it can be extended to 45 days.

There is a marked difference in the amount of time these two types of cases can take. A misdemeanor case typically takes anywhere from one to six months. A criminal case can take several months at a minimum. Given the greater severity of criminal cases, they can often take longer than misdemeanors. However, barring severe illness, jurors are expected to serve for the entirety of the case, and there is no time limit to how long a trial can potentially last.

Even so, it is again worth remembering that speedy trials are in the financial, judicial, and personal interest of the courts, defendants, and juries alike, so shorter time frames are more common than longer ones.

Serving on a jury isn’t anyone’s idea of a good time, but it is nevertheless a vital part of our justice system’s theoretical and judicial impartiality. Moreover, by being heard by a jury of our peers, we increase the chances of being listened to by a group of people who better represent the complexities and diversity of our society. All of this and more explains why it is so important (and legally binding) to answer a notice for jury duty.