MORE Act could Decriminalize Cannabis in the US this fall 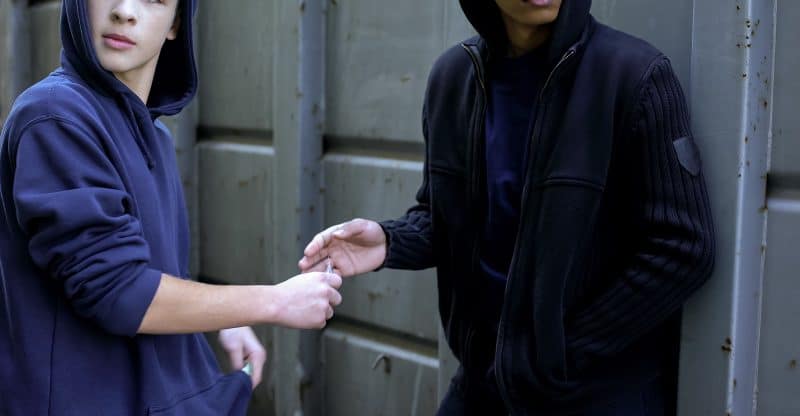 There has always been that great debate on whether or not marijuana is a gateway drug. As new generations start to arise and beliefs and ideas begin to change from what our elders thought and from what we were taught but may or may not believe those same beliefs, the question has to be brought up again. Is marijuana a drug? The answer might not be what it was just 15 years ago.

Is marijuana a gateway drug? That to some people is a hard yes. But to others, they just believe that it could either be a phase or a one time deal. You remember growing up seeing all the ads about marijuana addiction and the bad things that will happen to you. Like being lazy, being a “bad” person. Or the drug programs they had in school and the little card that you would sign promising that you will never smoke marijuana or drink alcohol. But how many of us followed those promises? After all, when we grow up we find out that a lot of people do drink alcohol and smoke marijuana. So is it really bad to drink alcohol and smoke marijuana? Or is it just a socially acceptable thing to do?

Marijuana was labeled as a gateway drug to everyone years ago. If you smoked marijuana you would end up becoming an addict and or you would start doing other drugs. But studies have shown that people can smoke marijuana and live functioning lives and be normal people.

So if marijuana is as bad as they say it was growing up what has it become legal in today’s society?

TImes are changing with marijuana views

Marijuana is no longer being looked at as at the devil’s lettuce, or something horrible for you. A lot of people have turned to marijuana for its medicinal purposes such as being a pain reliever, anxiety, and PTSD. So what happened? It was just 15 years ago marijuana was considered a felony if caught, And now you can find a marijuana dispensary and almost every street corner in California. With more and more medical research being done and more and more findings that marijuana does have some medicinal properties that make its consumption medically appropriate.

Should addict minded people use marijuana?

A big question is should people who are or have been addicted to certain drugs and substances be able to smoke marijuana? Certain 12 step programs still highly frown up marijuana use and say that it is a relapse. But does it truly help some people cope in ways where they might use drugs and alcohol? Some people who have previously been addicted to substances can successfully use marijuana. And say that using marijuana has saved them from using hard drugs or drinking alcohol.

But also some people are not able to smoke marijuana without using hard drugs and alcohol. It’s just the way that some people are wired. They cannot use any mind-altering substances without being affected negatively.

Is marijuana still a drug

There are still treatment centers that offer marijuana addiction help, but as much as some people think with the way that the world is coming pro-marijuana that this might be counterproductive, for some people they are truly addicted to marijuana.

We have truly begun into new eras. People are changing their way of thinking, People are becoming more open-minded and willing to look into new ways of thinking and new ways of life. When you look at how much science has evolved even since we were kids, the evidence is starting to show huge advancement in the medicinal category. And people are starting to be examples of how marijuana helped them.

A strong opposite to marijuana is CBD, which can either contain some THC or none at all. CBD has been even further proven to help with stress or muscle issues. And CBD is much easier and legal to get than marijuana. If you buy CBD in the store you are most likely to find zero THC. CBD products. Which is great for those who cannot use marijuana.

Some say that they have even switched to CBD and do not take prescription medications or anything in that category as the CBD gave them the results that they were looking for.

We know that you may still be conflicted about what side you are on or you might have already chosen aside a long time ago. But the marijuana industry is going to be here for a long time.