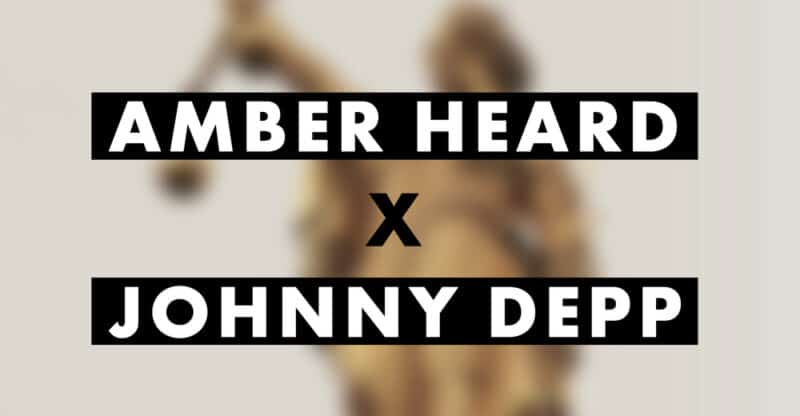 The famous defamation trial between Johnny Depp, known for his role as Jack Sparrow in the Pirates of the Caribbean franchise, and Amber Heard, the model, and Aquaman star, continues in a Virginia courtroom. Depp already lost his defamation suit against The Sun over their headline labeling him a “wife-beater.” So far, in both trials, we have heard allegations and counter-allegations of domestic abuse in their short and turbulent marriage that culminated in a nasty public divorce and its ensuing drama.

As the case reaches its culmination, here are some things that we can learn from their trial:

Johnny Depp sued his former wife in 2019 for defamation after she wrote an op-ed about herself, a public figure who suffered domestic abuse, without mentioning the name of her abuser. He claims the article affected his professional career and says her allegations were a hoax since she was the abuser in the relationship with displays of violence and verbal abuse. Depp is suing his ex for $50 million, to which she answered with a countersuit for $100 million.

In a case with these proportions involving two such public figures, one can expect that the high cost to the privacy and career of both actors will linger. Meanwhile, public opinion remains divided.

Childhood Abuse and the Emotional Toll of Fame

Mr. Depp testified that his childhood was abusive, primarily verbal and psychological abuse from his mother and physical abuse from his father. He claims his drug and alcohol use was an escape from the pain of emotional and mental issues caused by the toll of fame but that he never reached a stage where he was out of control.

The actor also described how Heard’s loving nature suddenly changed about a year and a half into their relationship. He says she used his weaknesses to abuse him, much like his mother had done. He claims to have stayed in the relationship out of fear that Heard would attempt to take her life, just like his mother’s attempt when he was a child. He accuses her of instigating arguments that would roll around and escalate in what he described as a circular way.

Depp claims he lost the top part of his middle finger when Heard hurled a vodka bottle at him during an argument about their postnuptial agreement in Australia. However, she claims he injured his finger when he ripped a phone off the wall.

LONDON, ENGLAND – JULY 28, 2020: Fans holding a banner for Johnny Depp fan outside the High Court in London during his Court case against The Sun Newspaper – 265

Many TikTok and YouTube account owners have found instant success and made money by posting clips from the trial, something that Ella Dawson, a sex and culture critic, immediately criticized, saying, “Domestic violence is not a joke.”

Whatever their reasons for making clips of the trial, there is undoubtedly a vast public interest in topics that fascinate them, resulting in a pop culture phenomenon. However, the danger is that social media can change perspectives on other vital issues, particularly among younger people who are bombarded with videos on their social media.

Besides the plethora of hilarious clips and videos on social media, several commentators have focused on seriously analyzing the case by breaking down events and reactions. These people, usually with legal backgrounds, understand the challenges of proving domestic violence allegations. But unfortunately, in cases like these, the otherwise private messages and recordings presented as evidence create polarized reactions and embarrassment for the parties involved.

According to expert opinion, despite Depp’s huge fan base and fame, since Heard did not specify the abuse in her op-ed, the jury needs only to believe part of her testimony. The abuse need not have been physical either. On the other hand, Amber Heard has a prior arrest for domestic violence. When she brought up a previous incident between Johnny Depp and Kate Moss, she left herself open to the judge calling up Kate Moss to testify.

Managing emotions under pressure can be extremely difficult, especially with alcohol and substance use, emotional stress, jealousy, and post-traumatic disorders.

Whether one or the other perpetrated the violence, the court has the difficult task of looking at the evidence presented before them and deciding. Much was written and said about the two actors’ legal and public relations teams, the videos and messages shared, and what makeup Heard used to cover the alleged marks.

The tons of evidence and testimonies from two psychologists and witnesses favored the side they were on, leading to a lengthy trial. But, no matter how swift they wanted it to be, both Depp and Heard knew the consequences of exposing their private lives to the public.