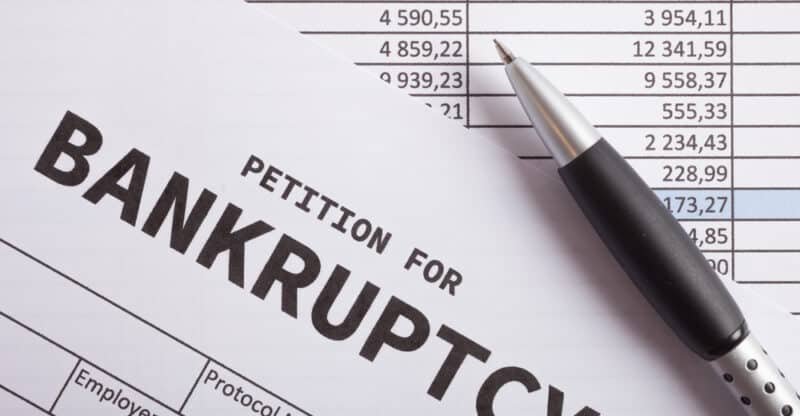 There is no way to address the topic of personal bankruptcy without first addressing the basics. If you are considering bankruptcy as a solution for your financial problems, it can be helpful to understand what it entails and how it works. Bankruptcy is the process of repaying your debts under either Chapter 7 or Chapter 13 of the U.S. Bankruptcy Code, but not all debts qualify for relief under these chapters. The following sections will explain bankruptcy basics to know what it is and how it works.

Most people cringe at the mere mention of bankruptcy, and it can be a scary concept. However, debt relief under either Chapter 7 or Chapter 13 of the U.S. Bankruptcy Code is a way to get protection from paying your debts in full. It is a last-resort option, but it can help you get back on track.

If you file for Chapter 7 bankruptcy protection, you give up most of your property to creditors. However, you must also prove that you cannot pay your bills and that your creditors will likely not be repaid in full. This can be difficult to prove, so most people seeking bankruptcy protection use Chapter 13 bankruptcy instead.

Chapter 13 bankruptcy is often preferable to Chapter 7 because you do not have to give your assets to creditors, but you must pay at least some of your bills. Under Chapter 13 bankruptcy, the court will create a plan for repaying your debts over the next three to five years. After that, the court will determine how much you can afford to pay and whether creditors should receive all or none of what you owe.

So you received a notice from the bank that your house was foreclosed on, and now you’re left wondering who declared bankruptcy. There’s a lot of confusion surrounding this question, but it’s not as confusing as it seems. If a bank repossesses your home because you defaulted on your mortgage payments, this action is referred to as a “power of sale” foreclosure. A power of sale foreclosure is different from a judicial foreclosure because, during a judicial foreclosure, the bank must go through the legal process to foreclose on your house. With a power of sale, the bank can follow its pre-established guidelines and foreclose immediately.

However, with a power of sale, the bank still has to file a notice of default with the court. Before you react to that notice, you need to know that some homeowners go through a voluntary bankruptcy proceeding. So before you jump to the conclusion that you can’t expect free legal representation if your house is foreclosed on through a power of sale foreclosure, remember that there are other ways out of this situation. If a person files for bankruptcy, then they are officially declaring bankruptcy. If you were to go to court and file for bankruptcy yourself, you’d be considered the “petitioner” in the proceedings. The petitioner can’t declare bankruptcy on his behalf, but he can still choose to authorize someone else to do so on his behalf. In these proceedings, a person who declares bankruptcy is known as a “debtor”.

When Should I Declare Bankruptcy?

There are plenty of professions that provide for people living in America. One of them is the field of law, where lawyers fight for their clients, typically in criminal and civil cases. In these situations, the lawyers are paid a fee. But some people can’t afford an attorney.

So what do they do? In these cases, they declare bankruptcy to discharge (discharge their debts) of those obligations. Bankruptcy can be a lifesaver for some people, but it’s not something anybody should take lightly. Even though it’s rarely the best choice for people in financial trouble (and there are some cases in which bankruptcy may not be appropriate even though the debts shouldn’t be discharged), everyone should know how to declare bankruptcy. Here’s why:

Remember that old saying, “you can’t get something for nothing?” The same applies to bankruptcy. After you file bankruptcy and it’s discharged, your creditors will still be able to come after you for unpaid debts they claim they are owed. However, if a creditor comes after you before the discharge has occurred, there is a risk that this might trigger a reaffirmation agreement. This means that the creditor takes over debt collection on the account and asks only for payments on those debts without harassing or contacting you about them again.

There are a few things that you can do to avoid this. First, don’t act like you have lots of money in front of the creditor; they may be able to use your statement against you later on. It is better to act as though you are having financial problems. Second, don’t do anything that can be construed as reaffirming a debt. This includes allowing credit card companies to raise your credit limit or continuing to use a credit card after you file bankruptcy.