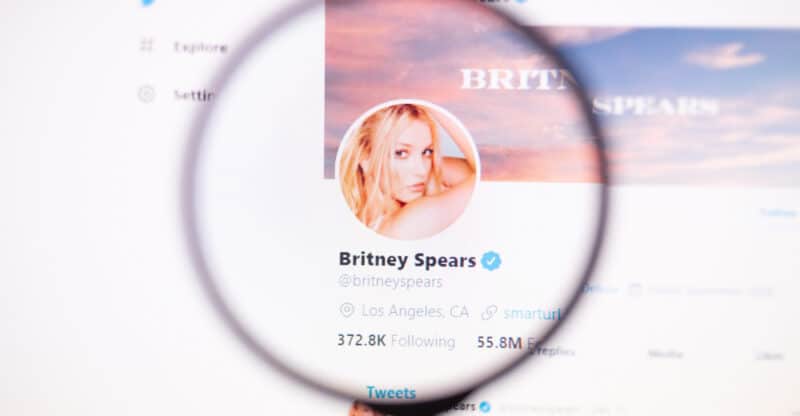 After 13 years of conservatorship, Judge Brenda Penny ruled to suspend Jamie Spears from his role over the estate of his famous daughter, Grammy winner Britney Spears. This significant development made by the Los Angeles Supreme Court judge on September 29, 2021, removes the total control her father has had over her life, including personal, financial, and medical decisions.

The relationship between Jamie and Britney Spears has been making headlines for several years now. However, many don’t know that their relationship has fluctuated between good and bad since she was a child, something he even attested to in court.

Growing up in Louisiana, Britney’s mom, Lynne Spears, stood by her daughter, ensuring that she got to performances and auditions, even out-of-state. As he struggled with alcoholism, Jamie Spears bounced between jobs.

Lynne wrote in her memoir, Through the Storm, the mother of three, that she wanted to divorce several times since her marriage to Jamie but didn’t want to break up her family. The marriage worsened as the singer’s career exploded from 1998 onwards after releasing her first hit single, “Baby One More Time.” According to a report in US Magazine, the star has said that her parent’s divorce in 2002 was the best thing that happened to her family. Britney has spoken about her relationship with her father in court, saying that she was often scared of him and always feared he would show up drunk.

However, Britney’s father remained around her despite the divorce, leading to his receiving a pivotal role in her life after her breakdown. He petitioned for a temporary conservatorship in February 2008. That same year, in October, the conservatorship was made permanent and remained in place until last week, despite the star’s professional comeback.

The star’s breakdown was attributed to an undisclosed mental condition, and there were reports at the time that she was also battling addiction. She checked into rehab several times, attacked the car of a newsman following her after visiting the home of her ex-husband Kevin Federline, made a lackluster appearance at the 2007 MTV Music Awards, and lost custody of her sons. However, after seeking mental health care, the singer started making appearances looking confident and happy again from 2008 onwards.

In a second VMA appearance in September 2008, Spears looked stunning and walked off with three Moonmen. From here on, her successes included the release of an LP in 2009 with its No.1 single “Womanizer,” a successful tour, a hit-laden album, Femme Fatale, and her stint as a judge on The X Factor.

In December 2013, Spears released her 8th album, Britney Jean, her eighth album, followed by the Britney: Piece of Me residency at the Axis at Planet Hollywood in Las Vegas, raking in $140 million.

Other conservators came and went, but Jamie’s attorney, Leon Gladstone, has credited him to do the best for his daughter. However, the star herself, and many in her inner circle, felt that the conservatorship had overextended its purpose.

Despite the personal fiduciary appointed to Britney since 2019, Jodi Montgomery, Jamie Spears still retains her financial affairs’ ultimate control. In June this year, Spears asked for the complete termination of the conservatorship because she felt exploited and particularly mentioned that her father was abusing her. The BBC reports that in an emotional address to the court, the star said: “This conservatorship is doing me way more harm than good,” she said, speaking remotely. “I deserve to have a life.”

Judge Penny denied the request to remove her father from her finances, but a month later, Jamie stated in a court filing his willingness to step down “when the time was right.” Complete and immediate termination was the ultimate desire of Brittney’s legal counsel, Mathew Rosengart, after alleged reports of her father’s surveillance of her appeared in two documentaries.

Undeniably, Jamie Spears crossed many lines, and as much as he may have wanted to protect his daughter, there is ample evidence that he committed some concerning discretions against her. According to Rosengart, these included abuse of conservatorship, conflicts of interest, and profiting from the star’s estate.

In this recent ruling, Spears’ most unyielding request: to remove her father immediately, was granted by the judge. The judge is reported to have said during the hearing, “The current arrangement is untenable. It reflects a toxic environment which requires the suspension of James Spears.”