How to Network with Other Attorneys in the Post Pandemic World? 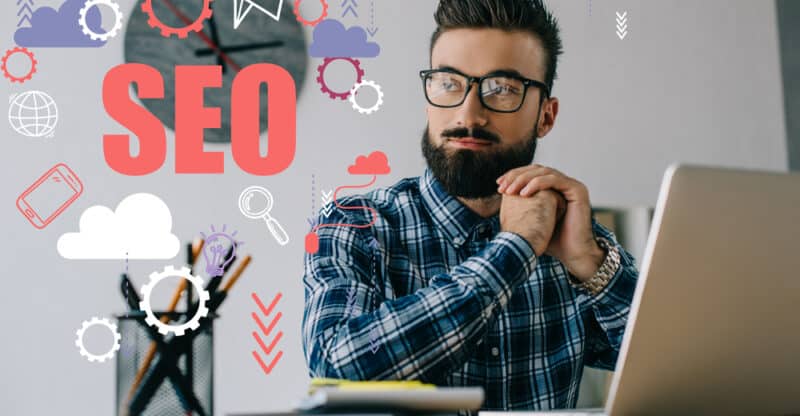 GR0 cofounder Jonathan Zacharias never planned to get into e-commerce, he sort of just stumbled his way into it.

Jonathan’s obsession with SEO began when he was a student at the California Western School of Law in San Diego, California, working a part-time job to help pay student expenses. “I have a law degree, and when I was in law school, I was working for one of my dad’s friends at a wage-and-hour class action law firm. I realized that I was way more interested in getting the cases than litigating them,” said Zacharias.

He’d realized that the most critical tool for a lawyer capturing clients was the omnipotent Google search engine, but it left him with a question; how was Google deciding who to put in front of him?

As Zacharias continued his education, he noticed that Search Engine Optimization, or SEO, was starting to explode within the medical and judicial fields and saw a blue ocean ripe for the taking: e-commerce.

“I spent the next seven, eight years, from 2011 to 2019 when we started the company, perfecting the science behind SEO, and then once I had that perfected, I started applying tactics that had never been used in e-commerce. It was really like the second wave of SEO,” Zacharias noted. But despite his discoveries and learnings about SEO, Zacharias still found himself falling on hard times and even faced substance abuse. However, as he battled his addictions, Jonathan Zacharias found an invaluable lifeline.

“I got sober in November of 2016 with the support of [residential drug rehab center] CRI-Help,” Zacharias said. He recounted how during the program, he’d made a connection with Kevin Miller, who was not only the Head of Growth for Opendoor at the time but had also worked for Google previously.

The two found they had a shared interest in search engine science, “We immediately became best friends, talking every single second,” Zacharias mused, “I feel like my entire life shifted as soon as I met him.”

Their knowledge and understanding of search had some overlap, but they could also fill in some blanks for one another. “I was showing him how to grow traffic through SEO, and he loved it so much that he was like, ‘let’s just start a business and do this for as many direct-to-consumer brands as we can because it’s such a powerful channel,’” Zacharias recalled.

GR0 has operated for nearly two years now and has quickly become a trusted partner within the digital marketing space for both brands and media. They became a liaison between online media outlets and digital brands, helping the former generate content and revenue while elevating the search rankings for the latter.

“We allow these brands to work with huge celebrities that they wouldn’t normally be able to work with because they couldn’t afford to put millions of dollars down upfront,” explained Zacharias. “But they can afford for us to do a whitelisting campaign. It’s a new type of campaigns that we’re doing, and they are very, very powerful.”

Zacharias found himself on an unexpected path but has no regrets about where it’s led him. “We are matching the hottest direct-to-consumer e-commerce brands, working with the biggest celebrities in the world, and creating real partnerships,” he said confidently.

Why do law firms need SEO?

SEO is a method of bringing qualified traffic to your website. Through effective use of SEO tactics, people googling their issues can be directed to your site.

Why does my law firm need a website and SEO?

Nearly all americans use the internet and that is where people are likely to look when they have a legal issue. SEO tactics can give your firm a competitive edge.

What is law firm SEO?