Where to Turn When Accused of Serious Crimes 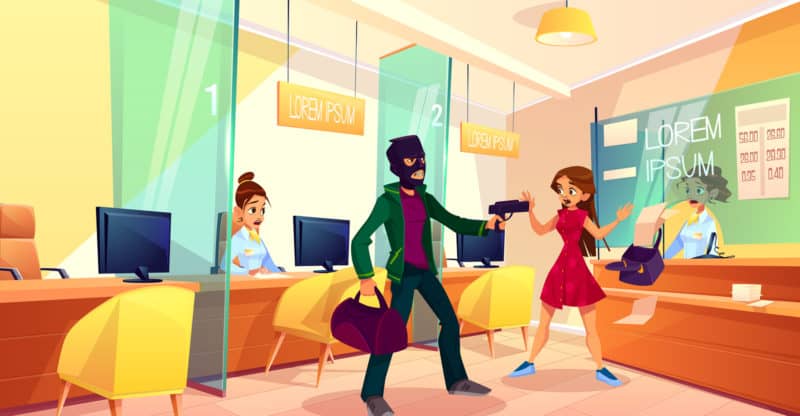 In Port Allen, LA, a store clerk was working her first and last shift at a gas station when someone came in and pulled a gun on her. On April 14, 2019, Just before midnight, a man came into the Highway 415 Chevron station near Highway 190, heisted the cash on hand and left the store — all in about 30 seconds.

Store management reported that the attendant decided not to continue working for the business. Store cameras caught the thief on tape and show a black male about 5’8” to 5’ 10” tall, between 160 and 180 pounds and carrying a semi-automatic handgun. The perpetrator fled in a two-door sedan immediately after the crime. According to authorities, armed robberies are rare in the area, which may be due in part to Louisiana’s strict sentencing laws.

Armed robbery is defined as stealing money or goods by force or intimidation and is classified as larceny by force using a weapon, such as a gun or a knife. Louisiana has aggressive sentencing terms for this type of crime. However, proposed changes might shorten long terms for older inmates.

If passed, the new law would shed a ray of light for those looking to otherwise spend decades behind bars. However, the first step in fighting for freedom should begin before a conviction takes place and with the aid of experienced legal representation.

“It is important to note that the fact that you have been charged doesn’t mean that you have been convicted. Even if a summons has been handed out to you or that the authorities have arrested you, it is in no way an indication of a conviction. The only time when a conviction in Baton Rouge can occur is if you plead guilty or the jury finds you guilty during the trial. Therefore, as a defendant, you are innocent until the prosecutors can adequately prove that you are guilty., according to Carl Barkemeyer, a criminal defense attorney in Baton Rouge.

A strong legal defense is the best way for accused robbers to argue their innocence and remain productive members of society.