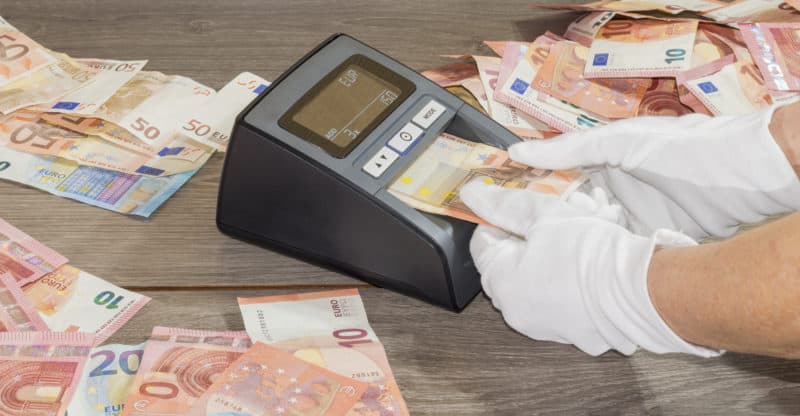 Police arrested two men in Fairview Park, Ohio for allegedly running a counterfeit money operation out of a Ramada Inn hotel. Local police were tipped off by the U.S. Marshalls Service Secret Service, who noticed something suspicious.

Johannser Paredes and Bruce Ferreiro were hit with fifth degree felony charges for possession of criminal tools and forgery after being caught running a counterfeiting operation out of a hotel room.

U.S. Marshals were at the hotel room to serve a warrant as part of a separate investigation. The officers discovered large amounts of cash while searching the hotel room, but the money didn’t feel like regular cash. Many of the bills had the same serial number.

After discovering the cash, the U.S. Marshals contacted the Secret Service. The $2,900 recovered in the search turned out to be counterfeit cash. A stock of stationary paper and a printer were also found in the room.

Unlike sophisticated counterfeit money operations, which often require a fake bill detection pen to uncover, these two men had a low-tech operation. They made photocopies of $50 bills onto stationary paper, and cut the money out of the paper.

The Secret Service has not commented on the case because of the low amount of fake cash that was discovered.

“We don’t know the scale of this in Fairview Park,” said Sergeant Justin Bower of the Fairview Park Police. “It might change hands three times before somebody realizes they have a fake.” He believes the men move from place to place with their operation, and move on before any of the bills can be traced back.

The men used real $50 bills to make all of their copies.

News of the operation in Fairview Park comes after police arrested two other people for trying to use counterfeit money at local post offices in Miami Valley. Those two were charged with two counts of tampering with evidence and forgery.

The suspects pleaded not guilty on Wednesday in Clark County Municipal Court. Their bonds have been set at $15,000, and they will be required to wear GPS monitors after their release.