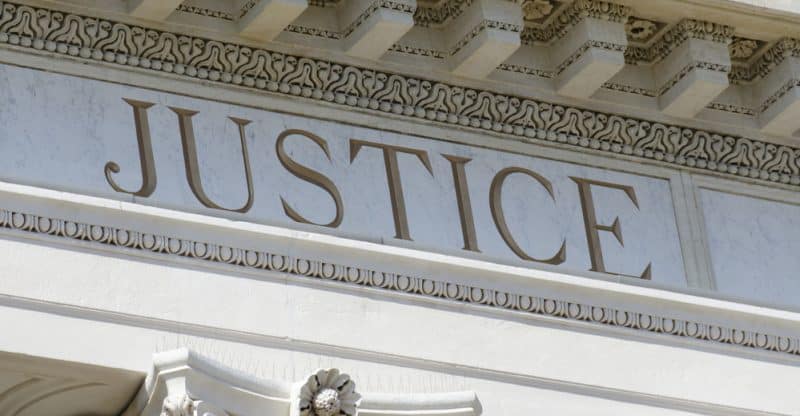 An outdated and unfair criminal justice system continues to result in devastating consequences for crime prevention, rehabilitation, and fair justice in the U.S.

The United States has almost 7 million people under correctional control, making it the world leader in incarceration. Out of those, about 2.2 million are serving sentences, and the rest are on probation, parole, or under community surveillance. It is estimated that 100 million have a criminal record.

Criminal justice reform has become necessary since most incarcerations are not caused by increasing crime rates but by the persistence of adhering to extremely punitive policies and sentencing laws.

One of the most significant consequences of the current criminal justice system is its impact on minority communities – with whole generations condemned to a vicious cycle of incarceration. It also aggravates social, economic, and racial inequalities. These lead to relapses, unemployment, and other social handicaps – without objective evidence that it prevents crime.

COVID-19 has also highlighted the inefficiencies of a system that relies on incarcerations. A study conducted by Time magazine found that 39% of people in prison did not pose a threat to public safety, and their release could save the country $20 billion annually. Of these, 25% are lower-level, non-violent offenders who could benefit from alternative types of reforms, and 14% have already served long sentences for serious crimes and could safely be released.

These are the five biggest problems the outdated U.S. criminal system faces today:

Sending armed officers in uniforms to respond to 911 calls often leads to situations like the one that led to the death of Rayshard Brooks in Atlanta in mid-2020. It is estimated that 80% of nationwide calls to 911 are not made because of violent or property-related offenses. That indicated it should not be the police responding to them. Additionally, many people, mainly from minority groups, do not call emergency services because they are scared that the responders will be police officers. The system needs reforming to ensure the proper responders are sent out to deal with each specific situation, especially drug-related and psychological distress situations.

The 1994 Crime Bill not only increased the number and length of incarcerations, but more funding went into building jails and prisons. Also, the possibility of early release was reduced. These measures increased the amount of taxpayers’ money invested in enforcement and led to a disproportionate number of incarcerations among African-American men. Its effect on public safety was minimal.

Mandatory minimum sentencing is the minimum sentence a court can give for a specific crime, even in unique circumstances. Unfortunately, even though more than half of federal inmates are incarcerated under these mandatory provisions, there is no correlated increase in public safety.

Prosecutors often have incentives to send people to prison, and they can pick the charges they want to send someone to jail for. Rachel Barkow, author of “Prisoners of Politics: Breaking the Cycle of Mass Incarceration,” is quoted from an interview with CBS News: “Instead of having a judge decide what the sentence should be, prosecutors can make that decision. That is problematic because the judge is at least an objective third party with no stake in the outcome. The prosecutor, however, can threaten people with mandatory minimums to get them to plead guilty.”

Some issues contributing to the high number of incarcerations include drug use and mental health. The money for policing and detentions could be better spent on community prevention and treatment programs.

Recidivism can also be reduced if the federal Pell Grants were restored to inmates. These grants allowed federal education support and financial aid to help rehabilitate those incarcerated and give them a second chance.

Additionally, the system requiring people to pay cash bail adds to the problem. It is estimated that 3 out of 5 people in jail have not been convicted of a crime but are too poor to meet the bail set by the court.

Juveniles are often tried as adults in the criminal justice system and are not given parole eligibility. Also, policing neighborhoods and schools often criminalizes minor offenses and contributes to unnecessary violence. This leads to a stigma or psychological trauma that can lead to increased criminal activities.

Addressing these challenges needs concerted efforts across the whole criminal justice system if the number of incarcerations is to be reduced and crime numbers kept low.

How should the criminal justice system respond to the problems with forensic evidence?

According to the Innocence Project, faulty forensics contributes to nearly half of DNA exonerations and almost 1/4 of all exonerations.

What are some problems with the criminal justice system?

An outdated and unfair criminal justice system is having devastating consequences for crime prevention, rehabilitation, and fair justice in the U.S.

How can the criminal justice system be improved?

Other methods besides incarceration need to be implemented. Trials must be fair to all, the rich and poor alike. Sentencing especially needs to be completely impartial and unbiased.

What is an essential part of the criminal justice system?

The criminal justice system is made up of three branches of equal importance. Unlike the TV show, law and order comprise three parts in reality. Police who investigate crimes, the justice system that ensures appropriate punishment, and the corrections system that carries out the punishment must act to reduce recidivism.

Why is the effectiveness of the judicial system so important?

The justice system is supposed to deliver justice to all. Innocents need to be protected. Criminals need to be convicted. Fair justice and policing are necessary to maintain law and order nationwide.

Why is the criminal justice system considered a nonsystem?

The justice system in the United States is considered a nonsystem for two reasons. First, because there is no centralized authority. Fifty thousand agencies enforce the law on behalf of various federal, state, local and tribal authorities.

Second, each agency cooperates using a set of protocols and arrangements but essentially acts independently.