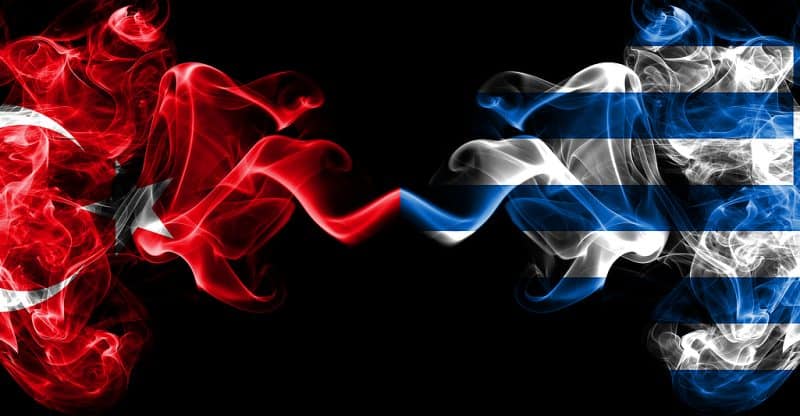 As tensions rise between Greece and Turkey in the Eastern Mediterranean, Greek leaders may need to compromise, even though they have the law on their side about their maritime territorial rights.

The conflict between the two nations has carried on for decades, and they have not managed to settle their issues about Cyprus or the Aegean. Now, the two NATO partners are contesting how much of an exclusive economic zone they are entitled to.

Turkey has been exploring for natural gas deposits between Crete and Libya, and around the island of Cyprus. President Tayyip Erdogan wants Turkey to have exclusive rights of their find.

Legal experts are unanimous in their belief that all nations are bound to abide by the rules of the United Nations Convention on the Law of the Sea (UNCLOS). However, when the treaty was signed in 1982, Turkey was not present.

Turkey is arguing that some Greek islands in the Aegean lie just off the coast of Turkey. They want these to have a reduced Exclusive Economic Zone (EEZ) as they are closer to Turkey than they are to the capital of Greece, Athens.

Meanwhile, last year Turkey signed a bilateral agreement with Libya to justify its oil explorations in the Eastern Mediterranean. Legal experts and other Mediterranean countries argue this cannot be a binding international agreement because it ignores the presence of Greek territory between the coasts of the two signatories.

Turkey argues it is not a signatory of the UNCLOS, even though the regulations of the convention have long been established as customary law. Greece and Cyprus refuse to negotiate with Turkey since they consider the matter settled by international law.

There are options to ending this dispute and one would be to have the matter mediated by the International Court of Justice in the Hague. However, both countries would have to be willing to accept the court’s decision. Greece already missed one chance of mediation when it backed down in 2004.

In the interim, a solid solution could be the joint economic development of the disputed zones with shared profits until a ruling is reached.

Editor’s note: we received this email about the article and including it for additional perspective.

Turkey does not claim a reduced Eastern Aegean Greek islands reduces EEZ. It denies their right to EEZ and says they are entitled only to 6 n.m. territorial waters. The same applies even to Crete, otherwise the signing of an EEZ agreement with the Tripoli administration would not be feasible.

Turkey has repeatedly claimed that Mediterranean is a Turkish lake and speaks about “Mavi Vatan”, and this has made France, Israel, Egypt, UAE and others to gradually form a coalition even with a military dimension to resist Turkey’s neo-Ottoman dreams.

Thanks for reading my remarks.
Respectfully
Zacharias (Director of Studies at the Institute for Security and Defence Analysis [ISDA] based in Athens)